Common Infections in Monsoon and Their Cost-effective Management Monsoon in Pakistan usually starts in July and ends in September. Monsoon brings wet and dry seasons with a wide temperature variations. The rain is very unpredictable in monsoon and at times rain causes disasters, while when there is less rain the temperature goes up again, and the humidity level increases. In monsoon, the risk of being exposed to multiple bacteria, viruses, fungus and other infections goes two times higher. More moisture in the air enables harmful bacteria and viruses to spread & grow more easily which causes a drastic increase in the number of diseases. There are many pharma companies in Pakistan but Don valley is one of the top pharmaceutical manufacturers & exporters in Pakistan that manufacture & export these cost-effective medications (Devoquine, Macrocid, Liomycin) for the treatment of common contagious infections and bacterial invasion caused during monsoon.

The most common mosquito-borne disease that can affect you in the monsoon season in Pakistan is malaria. Malaria is a serious disease caused by parasites of the genus Plasmodium commonly called “home mosquitoes”. The parasites are transmitted to humans by infected Anopheles mosquitoes, which bite at night when the skin or mucous membranes of their victims are moist.

Dengue is the most common disease caused during monsoon and is spread through mosquito bites by the Aides species, which is also commonly called the “clean water home mosquitoes’. Dengue fever is a life-threatening disease that has claimed 257 lives in Lahore alone with 16,580 total number of reported cases since 2010. A viral disease that is transmitted by infected mosquitoes and can cause a spectrum of illnesses from mild fever to potentially fatal dengue shock syndrome (DSS). The most common symptoms include:

Diarrhoea (or dysentery) is a common problem during monsoon. The cause of diarrhoea can be bacteria, viruses, parasites, and other pathogens. It can also be caused by food poisoning, food allergies, and intolerance to certain foods or drinks, as well as food-borne diseases like Typhoid Fever. Poor hygiene is another reason for diarrhoea in children. It is an infectious disease that is characterised by watery or loose stools. Though the condition is under control and it isn’t that serious if it goes away in 2-3 days, at times it could be chronic, lasting for as long as 4 weeks, and then it is life-threatening and medication is required.

Gastroenteritis is also known as Stomach Flu and this is a viral infection that is very common during monsoon season In Pakistan. Gastro usually spreads when a person contacts an affected person or again through the consumption of contaminated food or water.

Typhoid is a highly infectious monsoon-related disease. It is caused by the Salmonella typhi bacteria and if untreated it can be life-threatening and source of infection in community. Typhoid is really contagious and can be spread easily from person to person through the faecal-oral contamination routes. In Pakistan, the monsoon season is the ideal season for the growth and spread of typhoid bacteria. This disease is usually caused by flies contaminating food and water.

Medicines to treat the Common Monsoon Diseases in Pakistan:

There is no other medicine company in Pakistan that provides this much cost-effective & efficacious treatment for infection or diseases other than Don Valley pharmaceutical for local & export customers.

There is a huge contribution of Don Valley to the pharmaceutical business in Pakistan in leading Govt institutions, local and export markets.

Devoquine Phosphate is used for the treatment of malaria, prophylaxis, and suppression of malaria, amoebic hepatitis, abscess, discoid and systemic and systemic lupus erythematous, and rheumatoid arthritis. During monsoon, due to poor water drainage system, in stagnant waters the malarial parasite flourish & spread the infection of Malaria in the community rapidly. 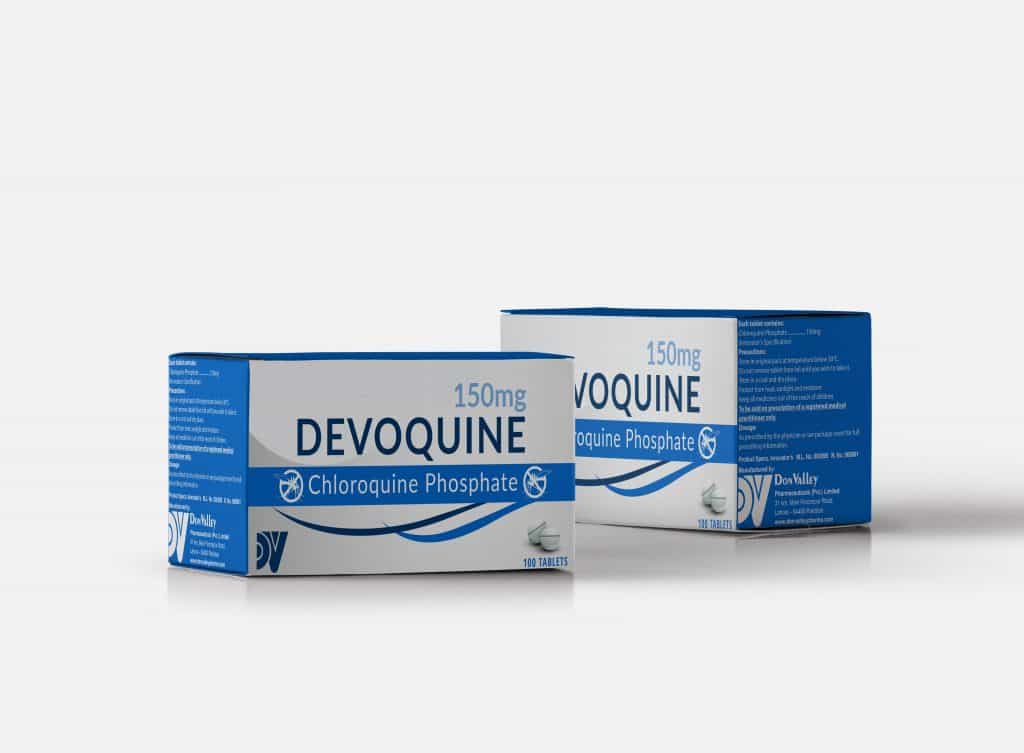 Devoquine by Don Valley pharma, one of the top manufacturers & exporters in Pakistan, is used for malarial prophylaxis (as a suppressive) and in managing acute attacks of malaria in local & global markets. It is highly active against erythrocytic forms of P. malaria and P. falciparum. It influences Hb digestion by increasing intravesicular pH in malaria parasite cells and interferes with the nucleoprotein synthesis of the patient. It is also effective in extra intestinal amoebiasis. In RA chloroquine and more effectively hydroxychloroquine have a disease-modifying effect.

Lincomycin is an antibiotic that is used to treat severe bacterial infections in people who cannot use penicillin antibiotics. Lincomycin is used only for severe infections of skin & soft tissues, dental procedures, etc. This medicine will not treat a viral infection such as the common cold or flu. Don Valley has a huge name in the Pakistan pharmaceutical industry, utilising its expertise for efficacious & economical manufacturing, supplies and exports of Lincomycin, with the brand name Liomyn to prestigious Govt. Institutions, Local and global markets. 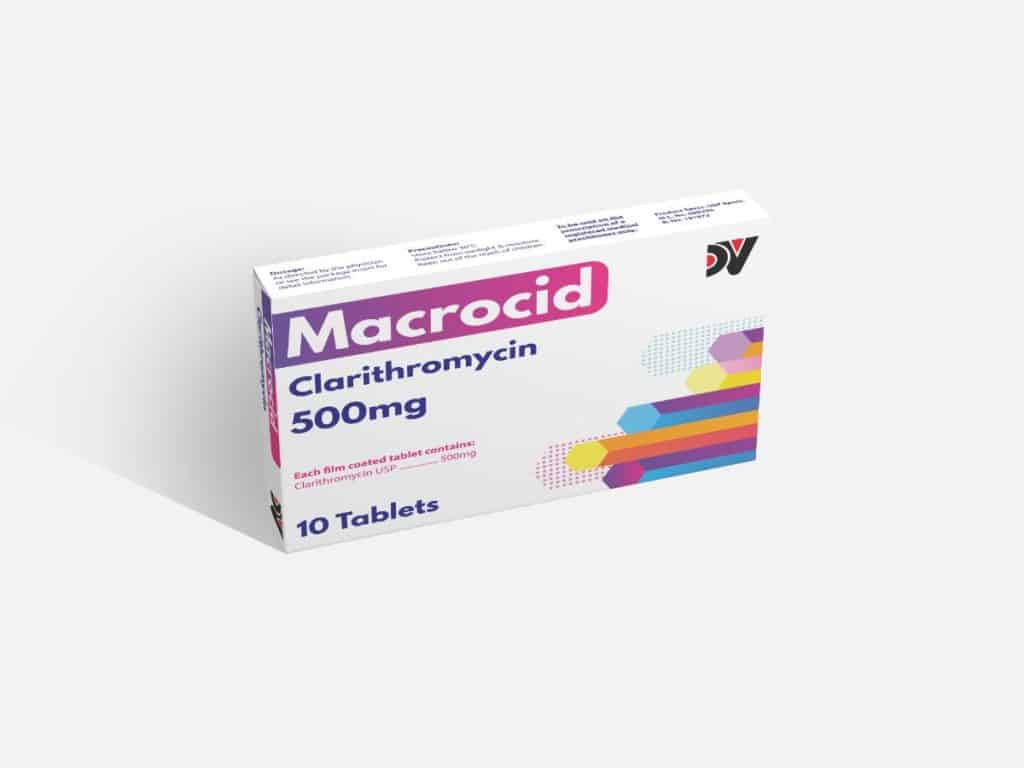 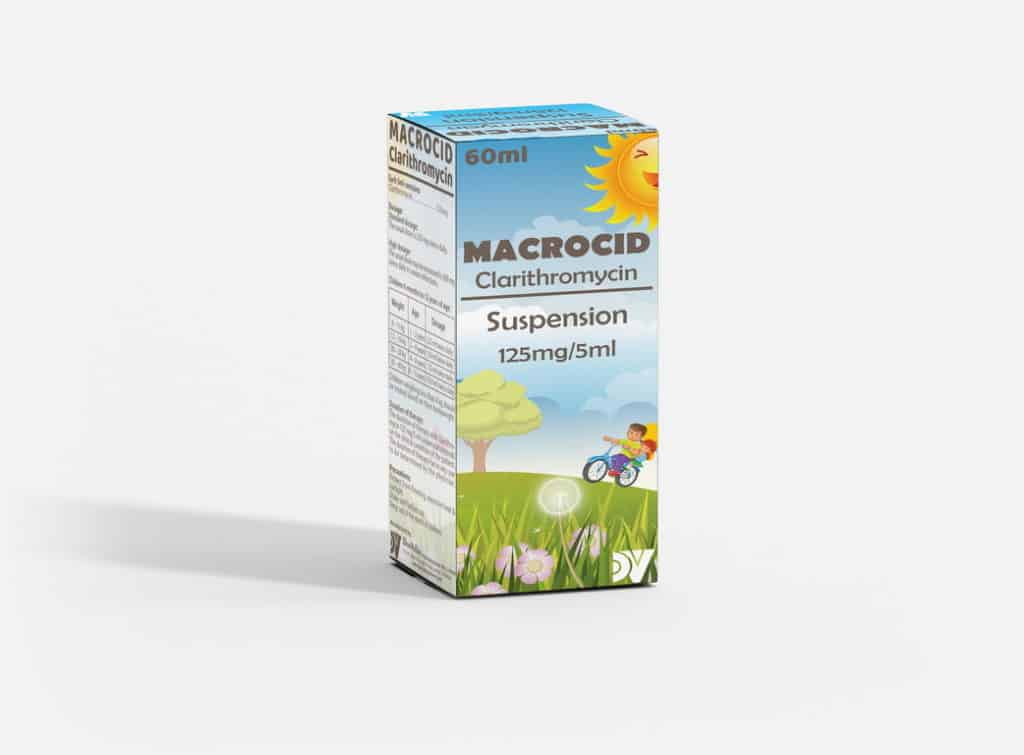 Macrocid is one of the most effective drugs available for treating bacterial infections such as upper & lower respiratory tract infections including tonsillitis, pharyngitis, pneumonia etc, also ear nose & throat infections and milder skin & soft tissue infections such as cellulitis, abscesses caused by staphylococcus bacteria or streptococcal bacteria in adults and paediatric patients. It can also be used alone or in combination with other antibiotics such as ampicillin/sulbactam or gentamicin sulphate. Humidity and temperature variations in the monsoon promote respiratory tract infections. The quality & efficacy of Don Valley Pharmaceuticals coupled with economy and well organised distribution support created its high demand in local and export markets as well as in leading Govt Institutions.

There is a need to take proper care of your health during monsoon season because bacteria and viruses are everywhere in the air and also this is the most suitable hot & humid atmosphere for their growth. So, it is recommended you take proper care of your health during the monsoon season. If you are unwell or weak then the monsoon can be a tough time for you. Some common infections generally occur during the monsoon season. These infections can be treated effectively with a variety of pharmaceuticals and there are many top pharmaceutical companies in Pakistan.

Don Valley comes among the top pharmaceutical companies in Pakistan that offer cost-effective management  of the common infections in monsoon( via a few brands such as Devoquine, Macrocid, Liomyn). In this season of monsoon with extreme temperature & humidity variations, high prevalence of common infections, etc one can also enhance their immunity by using products like Citrovit-C, juvel, etc manufactured by Don Valley Pharma, one of the top pharmaceutical companies in Pakistan.

Challenges faced by Multinational and National exporter companies in Pakistan

There are multiple problems faced by exporters in Pakistan. These problems are major because of 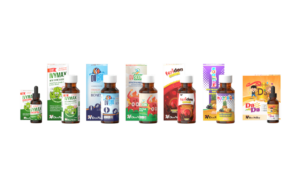 The onset of winter and general infections

Winter is a time when many people suffer from common respiratory infections, body aches, flu,

Pharmaceutical industries have a tremendous impact on a country’s economy. A country gains identity and

Pharma manufacturing companies are pivotal to the global economy. Pakistan’s pharmaceutical sectors are credible and